When we travelled to Hokkaido in early February, we touched down in Japan via Narita Airport and we saw a group of tourist protesting. We later came to know that Narita Airport was closed for two days due to heavy snowing and many missed their flight and were not able to leave Japan as everyone were fighting for the available seats to leave Tokyo after the airport reopen. The heavy snow caught Narita unprepared and the airport authority simply did not have sufficient equipment to clear the thich layer of snow from the aircraft fast enough.

On the day that we are leaving Hokkaido via Chitose Airport æ–°åƒæ­³ç©ºæ¸¯, snow has apparently start very early in that morning and when we walk to the check in counter from airport hotel, we were immediately told that all flight were cancelled during to snow. We were told to come back at 10am to check and we head back to hotel to relax. By 11am, we were still at the hotel waiting for news but we had to check out and leave for the terminal again to wait. By that time, we know by then that we will miss our connecting flight to leave Japan via Narita at 2:00pm. 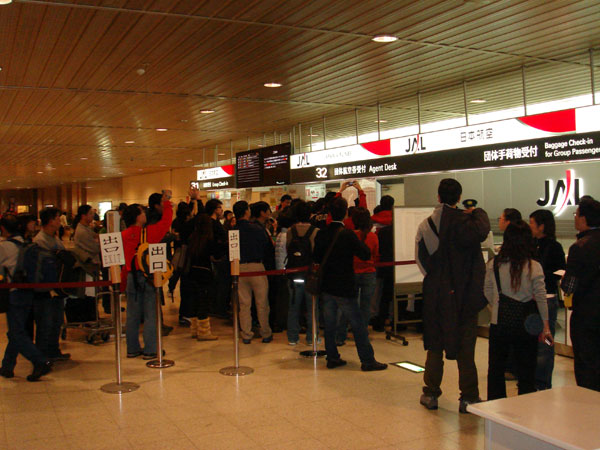 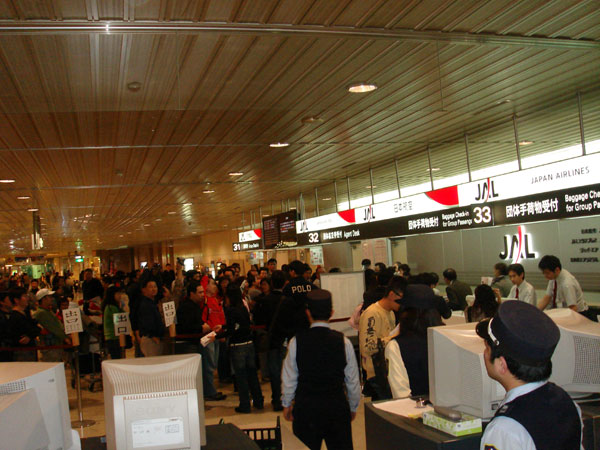 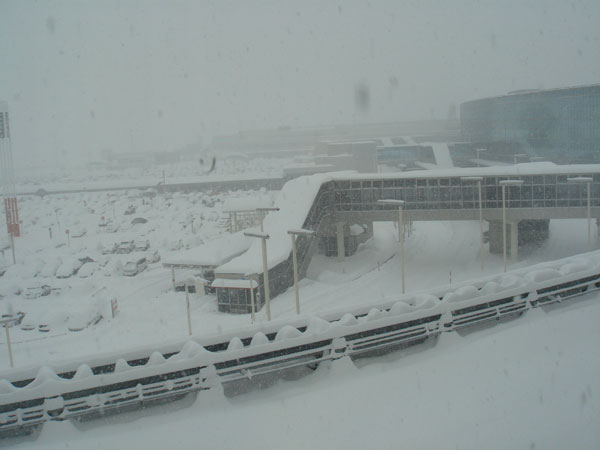 The wait turned out to be a long one. Many arrangement were made to leave Japan via other place such as Kansai International Airport (Osaka) but non of them materailize as snowing continue till later afternoon.

The airport was full with tourist and business traveller and tension run higher and higher as the delay continue. By late evening, a group of Hong Kong tourist started their protest at the airport while others continue to relax and wait. Knowing that there will not be sufficient seat available to all to leave Chitose, many had to leave the airport to look for accomodation else where and try their luck on the next day. We waited at the airport and finally managed to catch a late flight to Tokyo and check into airport hotel in Narita.

On reaching Narita next morning, we were not able to get a direct flight back to KLIA and had to grap the available seat to Singapore and still not sure if we are able to get any seat to fly from Changi to KLIA. We were lucky to find out in Singapore that some shuttle flight seat from Singapore to KLIA were available and we managed to fly back to KLIA on the same day. All in all, the trip from Hokkaido to home took almost two full days but those are the things that we had to face when we travelled to snow country 🙂

Holiday with Dogs to AFamosa, Melaka