8 Podium finishes in 8 Formula 1 races, Lewis Hamilton is now leading the F1 driver championship with 64 points. Surely, Lewis Hamilton is become so popular that most F1 news in the papers these days talked about Hamilton. Even the title of Planet-F1.com show below features Lewis Hamilton as part of it page title. That surely help to bring more hits to the site. 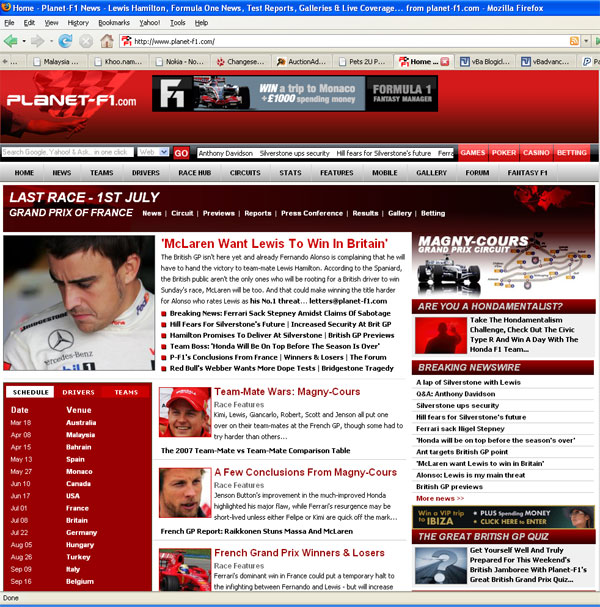 The success of Lewis Hamilton definitely put two drivers namely Alonso and Raikkonen who are trying to prove their worth to their new teams in awkward position. Now three of the top four drivers Alonso, Massa and Raikkonen treat Lewis as their main obstacle / contender in their bid the secure driver championship for the 2007 season.

Come this weekend the F1 teams will race again in Silverstone, UK, the home race for Mc Laren and Lewis and all expect him to win and I hope that he will be able to handle the pressure and Mc Laren will give you a good, fast and reliable car to win this coming race. Oh yes, he will also need some little luck as mentioned by Alonso during the last many weekends 🙂

Excitement of Formula 1 is finally back.